Sustainability as a lifestyle 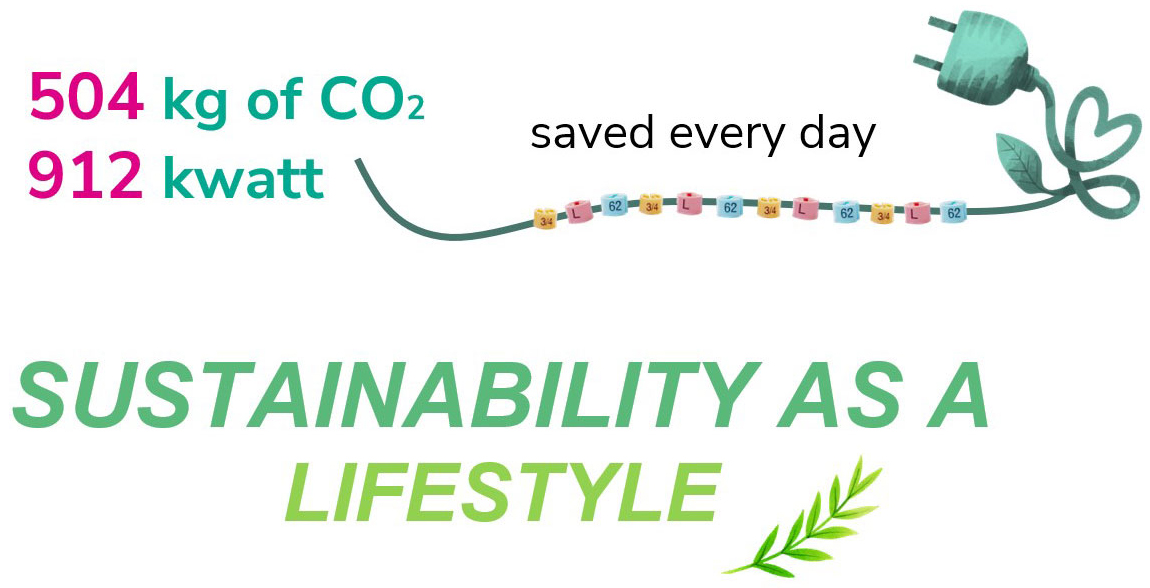 Products designed with the aim of using as little raw material as possible and giving a second life once it has accomplished its function.

RECYCLING OF INTERNAL WASTE AND MORE

Furthermore, we recycle everything that arrives at the company (cardboard boxes, plastic bags, etc.), reusing them for new deliveries!

Sustainability is implemented and cared for every day:

AN IN-DEPTH INSIGHT ON «REDUCE»

Over the years, PIR.SA.FA. has always tried to improve the production phase, investing in process innovations with great results in sustainability.
In fact, it was awarded by CONAI in 2016, 2017 and 2018 for the following innovations:

In addition, in 2022, an investment was made about the quality control of the patented crossover Clips, in order to use as few resources as possible and ensure even more a product of perfect quality.

The quality control is considered ecofriendly as it is able to reduce the use of resources, being in possession of a system of vision (ascertaining the impeccability of each piece) able to suspend the system, allowing the operator to sort the defective piece: this avoids a series of incorrectly produced items that would waste material and electricity.

Moreover, another green note is given by the night range that quality control gives to the system, avoiding waste of heat and energy that would be necessary in case the machinery had to be stopped in the evening and restarted the following morning. Specifically, we talk about a saving of:

Considering that the production of that clip is carried out 120 days a year, the environmental savings are considerable!

AN IN-DEPTH INSIGHT ON «REUSE»

In addition to the production processes, the sustainability of PIR.SA.FA. it is also visible in the logic of the creation of the products themselves, according to which all must have more than one purpose.

For example, the patented clip is made entirely of recyclable plastic, as an alternative to the traditional steel or brass/iron clip. Plastic proves to be formidable as it guarantees the total absence of nickel and therefore no harmful effects on health (nickel contact allergies, etc.) and the impossibility of creating rust and therefore staining the clothing, causing damage.

Furthermore, the clip does not perform a single function, but has been designed so that it can be reused at the end of its life: in fact, we also patented its paper clip.

Another example is the recyclable plastic ice cream stick, manufactured taking into consideration both its main functionality and its end-of-life, sponsoring it for other uses such as: coffee stirrer, hot wax spatula, hobby variety or simply to be recycled and become a certified second choice raw material for food.
The plastic ice cream stick was also born to overcome the limits of wood, since the latter is made in a porous material, a receptacle for bacteria. In addition, wood is often imported from countries with high pollution rates. The same one in plastic used for ice cream can overcome these obstacles and at the same time does not cause damage to the environment, being recyclable. 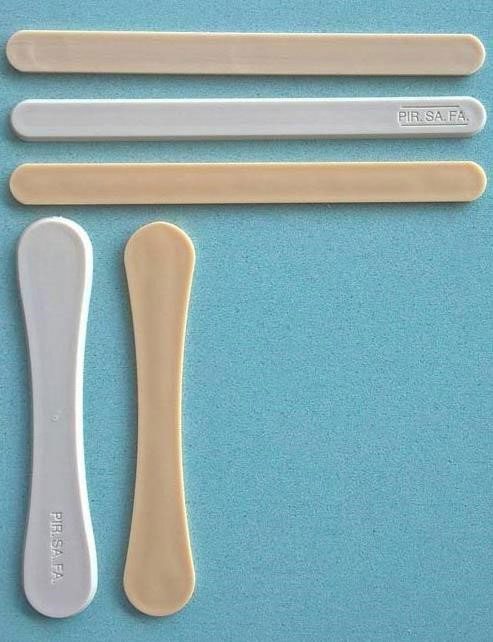 Even the recyclable coffee stirrer was created with a focus on the environment, having a lightened anatomical shape, in order to use as little raw material as possible. The reduction of waste also occurs in the sugar needed to sweeten the drink, since the holes in the spoon ensure its total dissolution.
In addition, the bags in which the stirrers are packed are electrically welded, to avoid the use of glue. A special alternative packaging has also been conceived for this product, which is mostly dedicated to the sale in bars/restaurants, consisting of a cardboard package that completely eliminates the industrial process of the single pallet wrapping, and at the same time ensures hygiene, thanks to the extraction from above; obviously it also contains indications for separate collection. 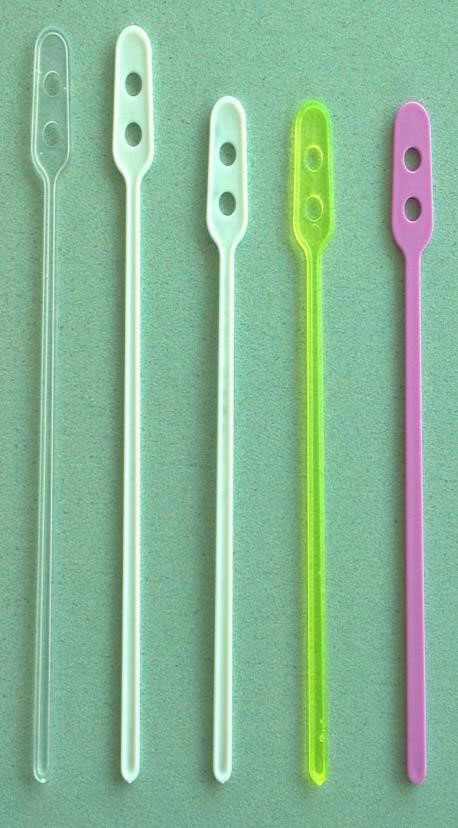 AN IN-DEPTH INSIGHT ON «RECYCLE»

In PIR.SA.FA., our internal waste is always recycled for new productions, despite the fact that today the quantity is lower than in the past, thanks to process innovations that make it possible to produce without waste.
In any case, in addition to production waste, the plastic coffee stirrers (internally produced) used by our employees are recycled, which contribute to the production of the standard art. BLACK size marker in recycled plastic.

Plastic is also recovered thanks to the domestic collection of bottle caps, used to produce the black laths/connectors/composè or connectors and the black rounded square size marker.

Other recycled objects used are ice cream cups, in an attempt to give new life to everything that can be recycled, rather than creating waste and send it for incineration.

In addition to recycling for production, in order to generate the least possible amount of waste, all the packaging that arrives with the goods is reused for new outgoing shipments. Similarly, PIR.SA.FA. products are packaged without shipping labels, but by writing the data with a marker in order to dispose of the entire packaging with plastic.